You have stolen my dreams and my childhood. People are suffering, people are dying, entire ecosystems are collapsing. We are in the beginning of a mass extinction and all you can talk about is money and fairy tales of eternal economic growth. How dare you?
- Greta Thunberg at the UN on 23-Sep-2019. 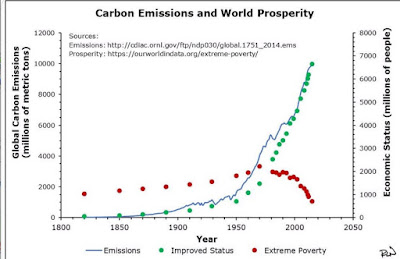 Posted by nharshakumar at 18:36 No comments:

It is not uncommon in India for adult children to live with parents. There is both convenience and complaint about this practice. In the west, independence at the age of 18 was the norm. But parental financial support to adult children even in these societies is common. Parents may pay off education loans of grown-up children; fund a holiday or a birthday party; take on payment of bills, EMIs and insurance; bail out credit card dues and defaulted loans; volunteer down payment for the house or car; offer a monthly allowance; or subsidize health costs. Growing up is about making choices and facing the consequences of those choices. What drives parents to continue to support adult children who should be responsible for their own lives? By offering to “help”, parents actively impede their adult children from being responsible for their own actions. There can be serious consequences.
Reinforce the power you wield on your assets and money that you have earned and you have the right to spend it in a manner you see fit. You may want to give it away in charity; create a fund for your grandchildren’s future rather than let your children spend it; you may need it for your own retirement and use. You have to express these needs clearly to prioritize how to use your money. Whenever an adult child asks for a favor the standard answer should be: “let me think about it and come back to you.” Do not force yourself to agree immediately. Buying time will reduce the burden and provide the space to say no if you have to.

Posted by nharshakumar at 11:24 No comments:

Donate money to charities, not to beggars

We all want people to work, not beg. Working is productive; begging is at best neutral and often a burden and a nuisance. There is no guarantee that the beggar who receives the money will spend it in ways that increase the quality of his life. He might well spend the money on alcohol or drugs.
In seeking to help others, we should not merely give to those who are geographically close to us and whose appearance elicits our sympathy. Rather, we should give to those who are the worst off, who can be helped the most, and who are the least responsible for the situation that they’re in. To achieve this, we should (i) consciously decide how much of our money we are willing to spend on helping others, (ii) find the most efficient charity, (iii) donate money to that charity, and (iv) say no the next time a beggar asks if we can spare a dime.


Aid should go where it will help most.

Beggars are very unfortunate lot deprived of wealth, health, nutritious food, shelter, clothes, education and almost everything we are blessed with. Expecting from the beggars things which we and our friends doesn't follow in day to day living is height of hypocrisy and speaks poorly about our empathetic abilities. Dropping coin into the beggar's bowl and expecting divine results is stupidity. Dropping few coins in beggars bowl neither makes receiver rich nor impoverishes the giver. Hence dropping coin in beggars bowl must not be analysed too much. Just give and forget. By dropping few coins, we are not doing any great thing or any reason for the beggar to be grateful. Beggars have no right to create any kind of public nuisance.

Posted by nharshakumar at 12:25 No comments:

Public sector banks merger is not a reform

On 30-8-2019 Finance Minister Nirmala Sitharaman announced a mega plan to merge 10 public sector banks into four as part of plans to create fewer and stronger global-sized lenders as it looks to boost economic growth from a six-year low. After the mergers, the country will have 12 public sector banks, including State Bank of India and Bank of Baroda. 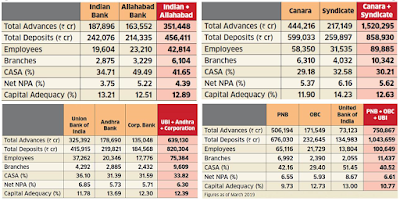 Posted by nharshakumar at 13:17 No comments:

The inequality generated by decades of neoliberalism and the resentment it has caused across the world have in recent times led to uncertainties that only intensify the fear of recession.
The recession threat is immediate and policy is likely to respond too slowly. If the recession does set in, it can be devastating. In 2008 China, Germany and India were affected less and this time they are among the countries whose performance could drive the recession. Corporate debt often denominated in foreign currencies at high levels, a recession would find many debtors defaulting on payments and forced to sell assets. That could result in asset price deflation and will have reverberations in an over-committed financial sector. Only a set of freak occurrences can prevent another recession.

Posted by nharshakumar at 18:05 No comments:

The Amazon rainforest has been burning for weeks. Yet Brazil’s president, Jair Bolsonaro, mobilized the armed forces to help contain the fires only in the last few days – in the face of European leaders’ threat to suspend a major trade deal and the possibility of a far-reaching boycott of Brazilian products.

Posted by nharshakumar at 19:28 No comments: